When the competition launches a new product, how you react says a lot about you as a professional and your company as an organization. But it is likely that you act quickly and decisively to address the changing factors and conditions after they’ve occurred.

This is called agility, and we often utilize agility to change directions and head the competition off at the pass. But what if you could skip that pivot altogether?

Think about some of the most powerful and industry-disruptive products and services that have changed the game through today, and try to put them in context with the concept of agility. For example, do you think Kickstarter became the dominating force in the growing crowdsourcing industry because it was agile? Was agility the driving force behind Uber’s dominance in ridesharing? Of course not, because agility is a form of reaction to an outside force, a knee-jerk reaction to change, so to speak.

Before we get to discussing becoming an Anticipatory Leader, let’s first look at what agility is to better understand why it is not the answer:

Your organization may be most agile in your industry; however, that does not set it ahead of others. Agility is still a form of reaction, which is commonly an after-the-fact act following an event. With agility, you’re merely taking on problems as they happen and putting out fires here and there.

If you’re always putting out fires at your organization, that does not mean that there won’t be any fires in the future. With that being said, this is why agility doesn’t allow you to innovate and jump ahead of the competition. As examples such as Kickstarter and Uber illustrate, game-changing products and services don’t happen because of agility; they happen because of anticipation.

The level of pervasive disruption that you need comes from the inside out by way of making the first move as opposed to the outside in,or moving in response to change.

By using strategies such as Hard Trends, which are those things we know for certain are going to occur, and Soft Trends, which are those things that may occur but are openAgility means you’re moving from the outside in, whereas anticipation is a dynamic force that moves from the inside out. to influence, you can anticipate the future and, from there, plan accordingly.

Agility and Anticipation: Better Together

Although my Anticipatory Organization Model is geared to showing both organizations and individuals how to anticipate the future and to make decisions with the utmost confidence, it is unreasonable to suggest that agility is utterly obsolete. The truth is agility and anticipation should work together, complementing one another for your organization’s benefit.

No matter how adept we are at anticipating the future, there will inevitably be problems and events that call for some form of response. Given that, the question remains: Would the ability to effectively anticipate the future make you and your organization more agile?

The answer is yes, and here is an example as to why.

Being a Company That Anticipates

Your organization is highly regulated by the government. Being anticipatory, you’re constantly on the lookout for new laws that will impact your activities. In monitoring new legislation, you spot a bill that will affect your organization’s tax structure. Given that it seems likely to pass, you notify your attorneys to begin work on restructuring your employee benefits plan to take advantage of the guidelines of this new bill.

Soon after, the bill becomes law, and your organization is already set to leverage the new rules. By contrast, other organizations also affected by the legislation are forced to scramble after the fact, being only agile and not anticipatory.

This example illustrates how being anticipatory makes an organization much more agile, as opposed to the same organization only focusing on agility while the opportunity to anticipate has already passed at that point. Anticipation is a trait valued by many leaders; even better, by anticipating what may occur in the future, an anticipatory organization is effectively positioned to act in advance, pre-solving a problem before it evolves into something potentially disastrous for them.

What events and developments can you anticipate to become that much more agile?

Act now and you will get access to Daniel’s monthly Strategic Deep Dive Webinars. These member-only gatherings are worth thousands when compared against Daniel’s private consulting fees. 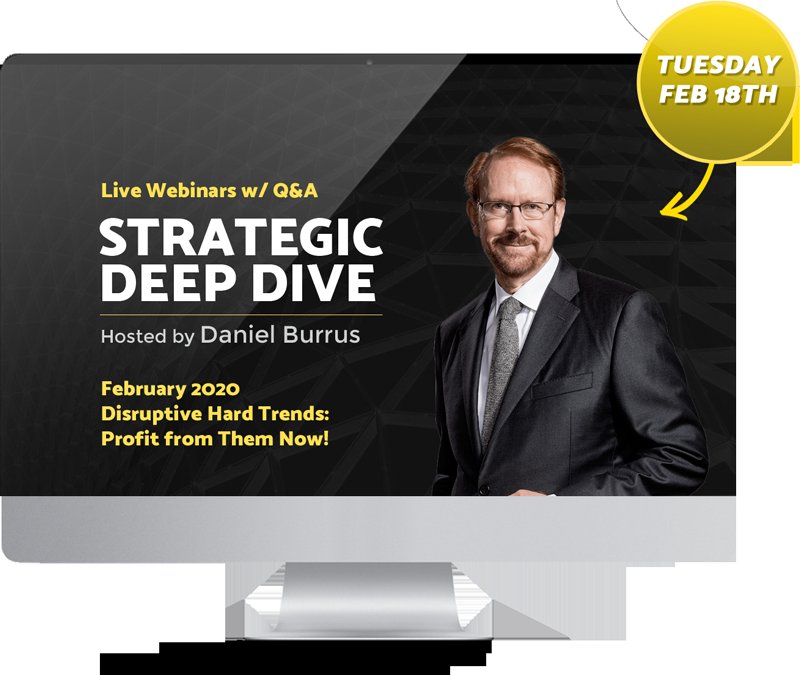 Daniel Burrus is considered one of the world’s leading technology forecasters and innovation experts helping clients profit from technological, social and business forces that are converging to create enormous, untapped opportunities. The New York Times has referred to him as one of the top three business gurus in the highest demand as a speaker.He is a strategic advisor to Fortune 500 executives helping them to apply his anticipatory methodologies to elevate planning, accelerate innovation and transform results. He is the author of seven books, including The New York Times bestseller Flash Foresight, and his latest bestseller The Anticipatory Organization. He is a serial entrepreneur who has founded six businesses, four were national leaders in their first year.

Local firms urged to draw up health and protection measures

Chinese must keep wearing masks for another year

Learning to Manage Opportunity in the Unknown

Post-Pandemic Success Will Be Determined by What You Do Now